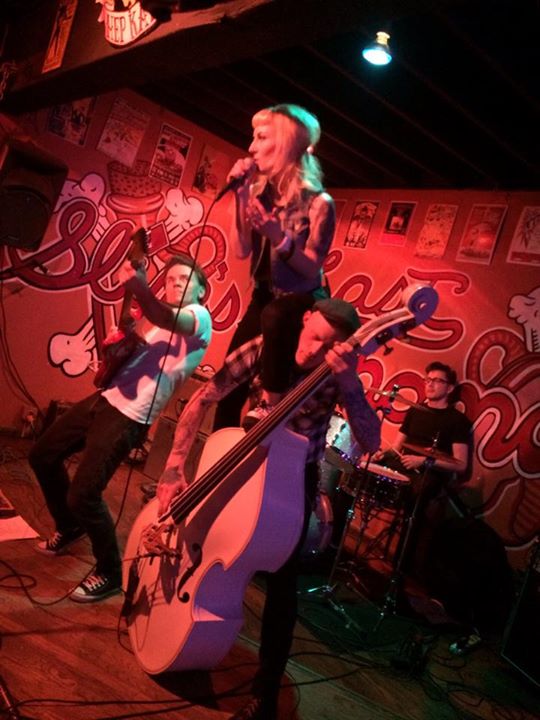 
Holy moly, what a fun night!

Thank you to all the folks who helped put the third Zorch Invasion together! Cheers and beers to Slim’s Last Chance Saloon for hosting the event again (and for the Chile Verde!). The weather was dry and warm for Seattle, which made their patio a perfect addition.

Tin Foil Cat played an amazing set which included a cover of The Devil Makes Three’s “Old Number 7.” It wasn’t until after their set and talking with vocalist/bassist Everdoom that it was only four months ago when they were playing their first gig, here at Slim’s. Time flies, right?

Marieke and the Go Get ‘Em Boys tore it up afterwards with their Seattle brand of revved up rockabilly. The magical part of MatGGeB, is not only Johnny’s perfect guitar tone, but also the passion that each of them have for the honest rock and roll. In my book, the best bands love the music they produce, and boy do they sell it!

Shortly after Marieke and the Go Get ‘Em Boys left the stage, the sound of air raid sirens filled the venue, leading to the entrance of Seattle splatterbilly band Raw Dogs. Tall colored hair, bloody face paint, halloween decorations all over the stage and a unique stomp-box lighting fixture were all included in their ultra-heavy set. Possibly my favorite part of their performance was FRANKFURT, their werewolf hype-man.

It was also my first time deejaying and emceeing a gig of our own, and I gotta say, it felt right. It was a long night of cueing up records, but that’s nuthin compared to some of those all dayer car shows in the summer. I gotta say my favorite part of the night was when Meteors “Mutant Rock” was spinning, and Johnny Moon comes up, looks at the record says “Who is this? Is this Demented?” I wasn’t sure if he was pulling my leg or not, and show him the sleeve. Mooney says “Oh yeah! That guy invited me to record in his church a while back. I didn’t go.” HA! Best three sentence story I ever heard!

Thanks to all the supporters of PNW Psychobily for coming out to the show, especially DJ Hodaddy for recording the audio, and Seth Javier for showing up with a video camera! The combination of those two could make for some awesome pieces in the future. A thank you is needed as well to the bands for their flexibility on the way out. Cheers to Dominic Black again for the help with the Invasion flyer, and to the rest of the Invaders (I know I may have missed some): Rob, Kjersti, Nicole, Amanda, Pam, Keenan, Jay, Dan, Jessica, Bob, Yasuo, Matt, Jesse, Ian, Taylor, Greg, Nikki, Sarah, Kristof and everybody else who showed up and brought friends. These types of gigs happen because YOU show up! Thanks again and keep your calendars open for Zorch Invasion IV, happening Saturday October 10th at Slim’s.

Speaking of future gigs, we also announced the lineup to Zorch Radio’s Psychobilly Brawl.So RSVP to the event page and invite your friends, of ALL AGES ;). Artwork by Steven Millage. INVADE! 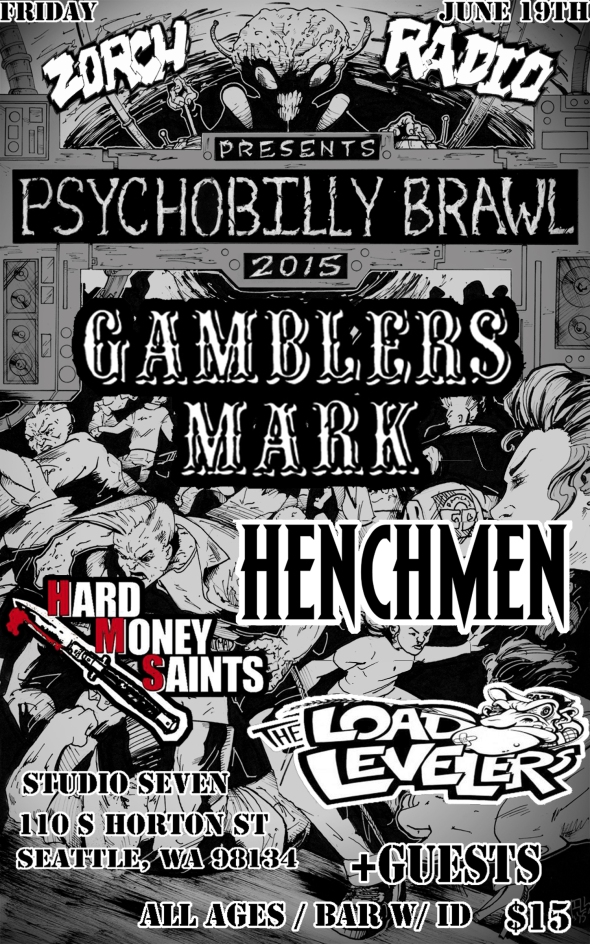 Zorch Radio exists first to connect people with the legacies of our artists, and second to maximize the artist's and label's revenue, all through locally conscious, interactive programming. All royalties for Real Punk Radio's live programs are paid through Stream Licensing. Real Punk Radio is compliant with ASCAP, BMI, SESAC, SoundExchange, and SOCAN royalties and performance fees. Zorch Radio's playlists are reported on a monthly basis. Uploaded episodes are licensed through Mixcloud, which includes royalities paid through playlist reporting.